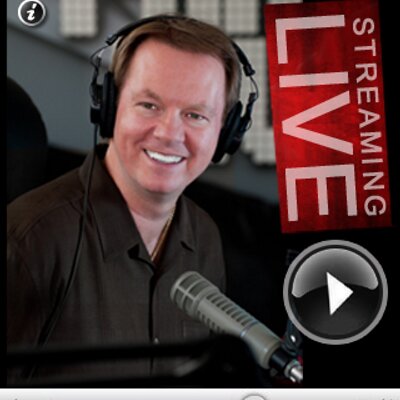 Dave Pratt – CEO of Star Worldwide Networks, a web-based radio network based out of Phoenix, AZ.

Dave is an American radio personality, known to his fans as the “Morning Mayor” – a moniker given to him by Arizona Attorney General, Terry Goddard. His show Dave Pratt in the Morning on KUPD in Phoenix, AZ became the longest running rock and roll morning show in the United States. Over 3 decades, “Dave Pratt in the Morning” achieved #1 ratings and revenue in both the rock and country formats while helping to raise millions of dollars for Arizona charities.

In May 2011, Dave Pratt moved into the future of radio broadcasting by webcasting “Dave Pratt Live” and has grown his own internet radio network to over 100 shows worldwide. His show can be heard on DavePrattLive.com, and on Star Worldwide Networks (formerly Doublewide Network) on iPhone, Blackberry, Android and other apps and online.

Dave is also the author of  Behind the Mic, 30 Years in Radio.

During his career, Dave has enjoyed serving as a consultant for many radio shows in the largest markets across the nation. His personal consultation has helped develop some of the biggest names in the radio industry today.

“The Morning Mayor” can now be heard on Star Worldwide Networks and various radio stations throughout the country. His daily morning show is live at 9AM MST and streamed worldwide on the internet, the state of the art Star Worldwide Networks mobile app, iTunes and on all forms of new media technology. His show is on demand 24/7.  As Dave says, “I appreciate my long career in old school radio, but the future of entertainment is in all forms of new media as well as traditional”. And of course, Dave has hundreds of thousands of loyal followers on his social media sites and data bases.

Dave Pratt, Behind the Mic, 30 Years in Radio, published by Five Star, was released with proceeds benefitting the American Cancer Society. Dave’s memoir won the prestigious Glyph Award from the Arizona Book Awards as “Autobiography/Biography of the Year”, quickly selling out in Barnes and Noble and Borders book stores and is now on Amazon. Dave is a cancer survivor who regularly uses his public profile as a speaker, supporter and advocate for others battling cancer.

In addition, Dave has sold more albums than any local artist or band in the history of Arizona and has performed at sold out venues and stadiums throughout the state.

Dave Pratt was recently inducted into the Broadcasters Hall of Fame and has enjoyed being a columnist for Arizona Highways and a daily humorist for Arizona’s largest news and entertainment site, www.azcentral.com and The Arizona Republic.  Dave has also enjoyed being the commercial voice for the Arizona Diamondbacks, Arizona State Fair, Coca Cola and many others. Recently, The Morning Mayor was proud to host the Arizona Centennial Celebration with the Governor of Arizona and the Secretary of State.  This season, Dave is also the voice of the Phoenix Suns radio commercials.

Dave is proud of his career with multiple awards including National Personality of the Year, but he is most proud of being a husband, father and a friend.  Dave and Paula have been married for 27 years and are blessed with 4 children – David Jr. 22, Kyle 20, Sammy 17 and Madison 15…….and of course, their yellow lab, Rio!  In fact, Rio is the CEO of the parent company, Doublewide Productions.

Places you can find Dave Pratt