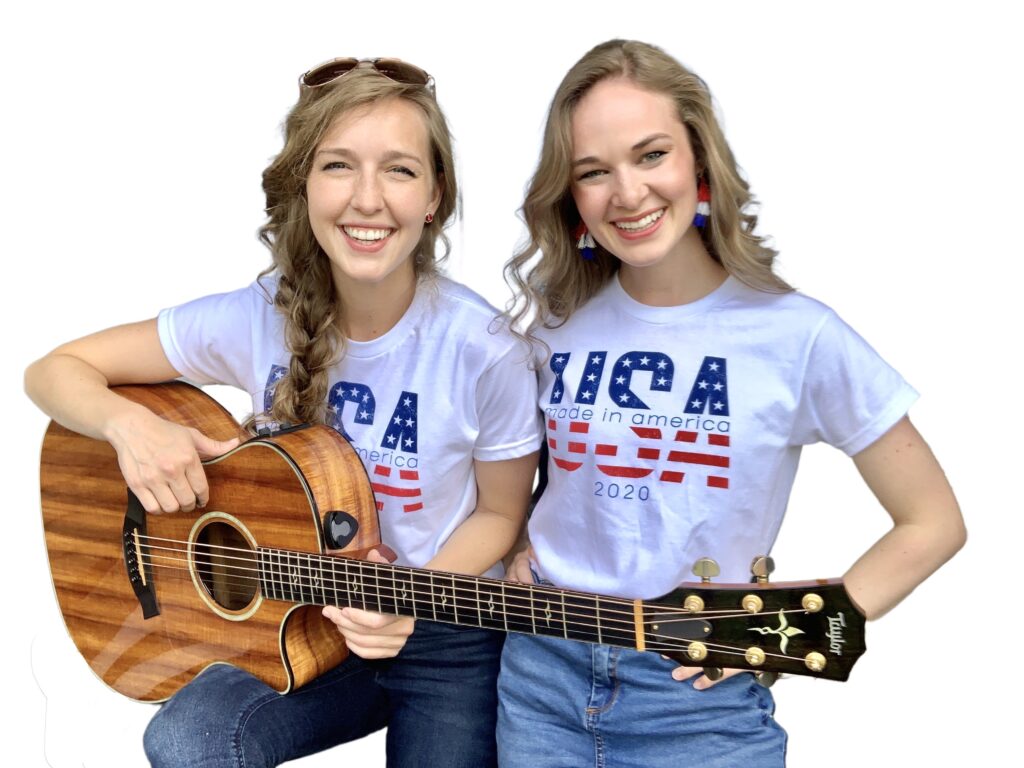 Their song pulled national attention & reached over 30 million views within 2 weeks! The sisters have traveled doing music for 9 years and have recorded 5 albums of original music with a patriotic album in their plans.

The duo narrated a film to bring awareness to sex trafficking in America which featured their original song “Slavery” on YouTube. Camille & Haley write songs for causes, people and organizations they believe in and aim to use their lives and music to make a positive and godly impact on the world.

Camille & Haley feel strongly that America needs to be warned of the threat of government takeover & anti-America agendas. They believe America’s future is bright, but only if patriots take their place, preserve our constitutional rights & return to God as a nation.

They come from a musical family of 10 and got their start as teenagers leading worship in their dad’s church. In March of 2012, they rose to unexpected national notoriety when they posted a music video of their original song “Game On” in support of Republican presidential candidate Rick Santorum and the video conjured over 1 million views in two weeks. The story was covered by almost every popular news channel and they then began traveling with Santorum singing their original country music, the National Anthem and his new theme song at his campaigns in five different states over a five week period until his campaign ended in April 2012.

Places you can find Camille & Haley