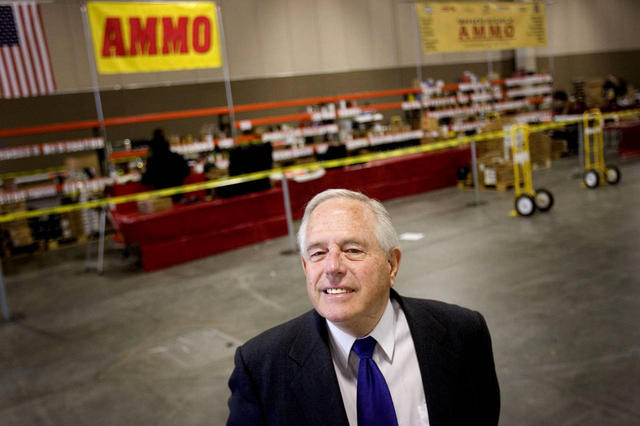 He is well aware that the Gun Control Act of 1968 requires all persons who are engaged in the business of selling firearms to have a Federal Firearms License and to conduct background checks on all buyers regardless of where the guns are sold, at their store or at a gun show.

He is also well aware of the provision of the law which stipulates that individuals may sell or lawfully dispose of their own personal firearms if they are collectors or individuals who are not “engaged in the business” of regularly selling firearms.

Nothing he said regarding requiring background checks for anyone engaged in the business of selling firearms has changed… they must have a Federal Firearms License and conduct a background check on each buyer to whom they sell a firearm.

Nothing Obama has said can prevent individuals from disposing of their own personal firearms to other individuals without a background check. When Congress enacted the Gun Control Act of 1968, they intended that the right of individuals and collectors to buy, sell and trade their personal firearms would be preserved and protected. They inserted the language in the Gun Control Act that protects the right of individuals who are not “engaged in the business” to lawfully dispose of their own firearms. It is the law of the land and it cannot be changed by Obama’s Executive Actions.It cannot be changed without Congressional action.

The President’s pronouncements will have no substantive effect on the level of gun violence in America; rather, the programs are designed to appease those anti-rights left-wing militants who are calling for more restrictions on the law-abiding gun owners of America.

Rather than focus on criminal and terrorist misuse of firearms he continues to blame law-abiding gun owners for the senseless violence committed by mass murderers.

Obama knows that he cannot change existing law by issuing Executive Orders. The pronouncements on new gun control measures were simply a re-statement of existing law, packaged and presented in the staged media event which he entertained his left-wing constituents with on January 4th.

Funding for Obama’s proposals will need to be approved by Congress, and will not be provided until the budget for Fiscal Year 2017 is enacted on October 1, 2016, three months before the President will leave office.

Places you can find Bob Templeton