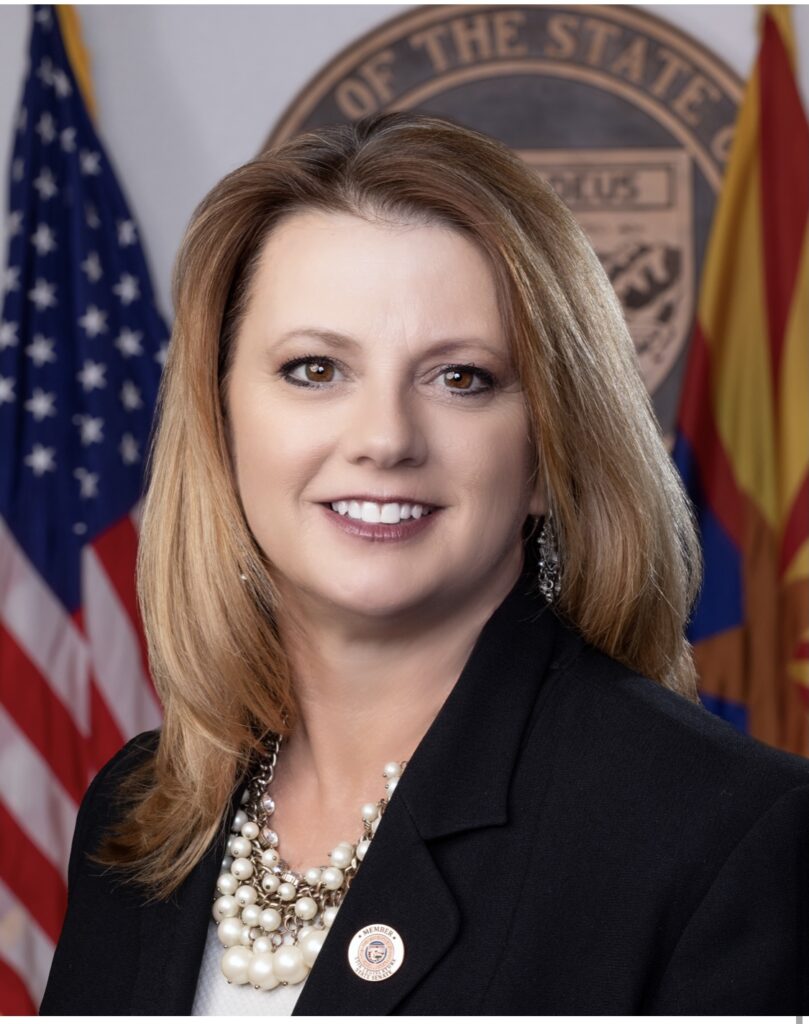 AZ State Senator Kelly Townsend has proudly served the citizens of the 16th Legislative District since 2013.

Senator Townsend is a widowed mother of 3 adult children, veteran, small business owner, and retired doula trainer. Her roots in Arizona run deep, going all the way back to the heyday of Tombstone, where her G-Great Grandfather George Buford was a successful silver miner.

Senator Townsend grew up in Oregon and then volunteered for the U.S. Navy in 1988, where she served as an Aviation Structural Mechanic on F-14s and F/A-18 aircraft. After her Navy service, she launched a career in Corporate Management, then shifted to health care as a Birth Doula, guiding expectant mothers through the adventure of birth and post-partum adjustment, and established her own small business as a doula trainer and author.

In 2004, Kelly returned her family to Arizona to raise her children and finish her degree. She earned her Bachelor of Science in Human Communications, and her Master’s Degree in Infant & Family Practice at Arizona State University.

Kelly is an accomplished author with books published in the USA, Croatia, and Slovenia. She is well traveled internationally, with a deep interest in other cultures and customs, languages, and of course, international and state government. She is a fierce defender of the Constitution and is a national leader in the Article V movement.