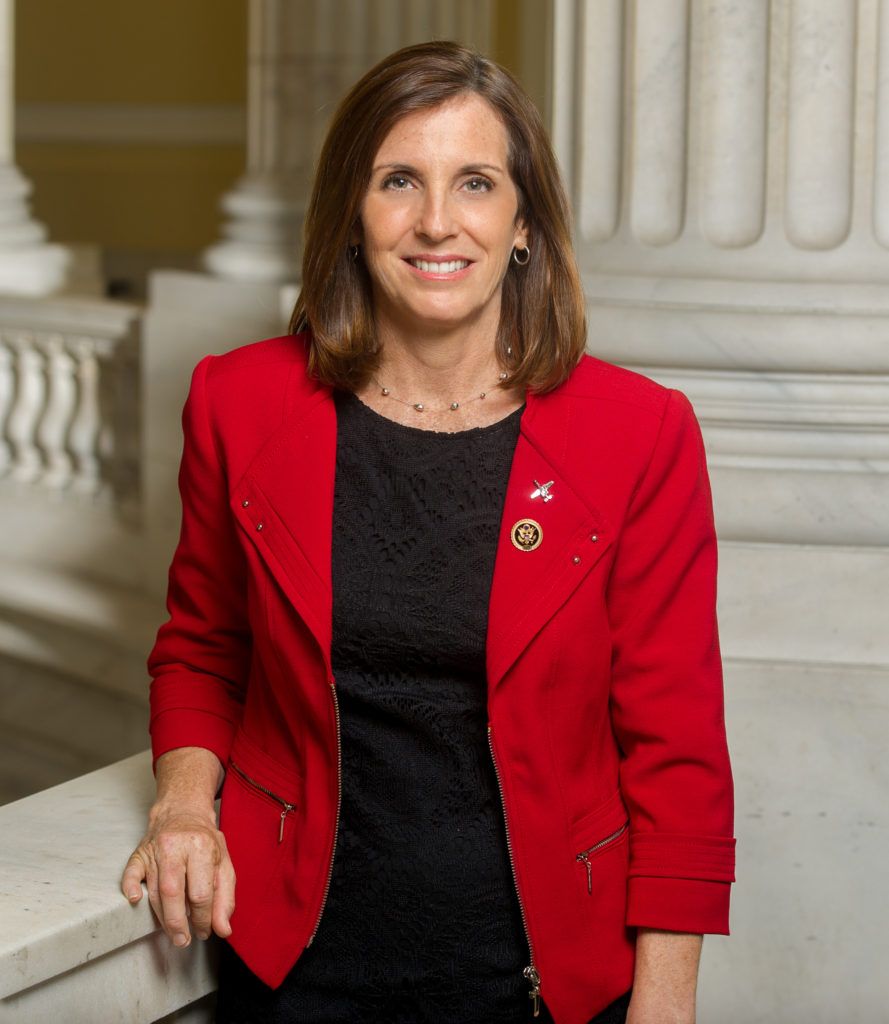 Congresswoman Martha McSally represents Arizona’s Second Congressional District in the United States House of Representatives. She serves on the Armed Services and Homeland Security Committees. The Congresswoman also chairs the Border and Maritime Security Subcommittee, the first Arizonan and the first freshman legislator ever given this leadership role.

Martha was elected in 2014, after retiring in 2010 as a full Colonel in the United States Air Force. During her 26-year military career, she deployed six times to the Middle East and Afghanistan, flying 325 combat hours and earning a Bronze Star and six air medals. She broke barriers for women and girls everywhere — becoming not only the first woman in U.S. history to fly a fighter jet in combat— but the first woman to command a fighter squadron.

Martha was deployed to Saudi Arabia on 9/11 and was a part of the leadership team that planned and executed the initial air campaign in Afghanistan after the 9/11 attacks. She also oversaw combat search and rescue operations over Southern Iraq and Afghanistan.

Colonel McSally gained national attention when she stood up against a military rule that forced U.S. servicewomen deployed to Saudi Arabia to wear full black Muslim garb and headscarf among other demeaning policies. She fought for eight years against these unconstitutional policies including litigation against the Department of Defense. Ultimately, she drafted and shepherded legislation that was signed into law that overturned the policies once and for all.

Martha now continues to fight for Southern Arizonans in Congress. After winning her 2014 election by just 167 votes, she got right to work and quickly established herself as one of the most active and results-driven leaders in Congress. In fact, the Center for Effective Lawmaking identified McSally as one of the top ten most effective members of Congress according to their academic ranking system. She went on to win her 2016 election by nearly 44,000 votes.

Some of Martha accomplishments during her three years in office include:

Martha loves the outdoors and enjoys running and hiking with her Golden Retriever rescue, Boomer. She is also an accomplished triathlete, and has set out to become the first member of Congress to hike the 800 mile Arizona trail. Martha is a Distinguished Graduate of the United States Air Force Academy. She received her first master’s degree from Harvard University’s John F. Kennedy School of Government. She received her second from the United States Air War College, where she graduated first in her class of 261 senior military officers.