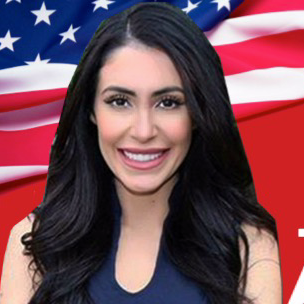 Anna Paulina Luna is a United States Air Force veteran. She is pro-God, pro-life, pro-gun, pro-constitution and an anti-socialist.

Anna currently lives in St. Petersburg, Florida, and is running for Congress against Charlie Crist in FL’s 13th District.

She is a staunch conservative who stands behind President Trump to fight for the American people.

A proud Hispanic-American of Mexican descent, Anna was raised in the lower-income neighborhoods of Southern California by a single mother. She is the antidote to Alexandria Ocasio-Cortez’s claim that Americans cannot pull themselves up by their bootstraps.

Anna is running to make the United States Congress work for the American people, not the insiders, and is exposing that divisive identity politics is just the lie-fueled engine of the political left.