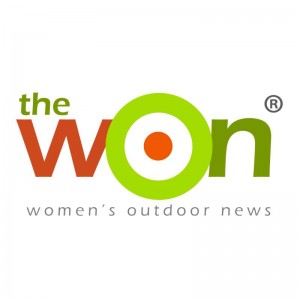 Suicide is a tough subject, and it might be tempting to bypass an article or literature on this topic. But, what you learn in this article may one day be the difference between life and death for you or a loved one.

February is the month when we traditionally celebrate Love with chocolates, flowers, and pretty greeting cards. This year, Love is learning about some of the signs and signals our friends and family might show if they are dealing with thoughts of suicide. The busyness of our everyday lives often distracts us from realizing how important you and I are to someone who counts on us in our bond of friendship. You or I could easily be the difference between life and death for someone we know, on an ordinary day, when we least expect it, by simply checking in and checking on our friends.

This is at the heart of a new collaborative effort by the National Shooting Sports Foundation (NSSF) and the American Foundation for Suicide Prevention (AFSP), which was announced via a Press Conference at the 2017 SHOT Show. Presenters, Steve Sanetti, President and CEO of NSSF and Dr. Christine Moutier, AFSP’s Chief Medical Officer spoke of “time” being the critical agent in suicide prevention. Interrupting a suicidal person’s thought processes to allow that person time to refocus their thoughts and energies to matters of living, and time to seek help.

“Of all suicide deaths in our nation, nearly 50 percent are by firearm. By increasing public education of firearms and suicide prevention, and by encouraging the use of safe storage options and thus reducing access to lethal means, we give suicidal individuals something they desperately need: time. Time for the intense suicidal risk to diminish and time for someone to intervene with

The program, which is taking an approach similar to “if you see something, say something” is, according to the Press Release:

“an expansion of a pilot that began last August, in four states including Alabama, Kentucky, Missouri, and New Mexico. In these four states, relationships between AFSP Chapter volunteers and local shooting range owners, firearms retail stores and gun show vendors shared resources on recognizing the risks and warning signs of suicide and ways of reaching out to those who may be struggling.”

At these retail stores and ranges the Firearms and Suicide Prevention literature is made available to help educate the staff, but also to help raise awareness of the customers.

The shooting community is just that, a community. Hunting is a social activity, training and education are interactive and done in groups, and heading out to the range often involves a group of friends getting together. These are all opportunities to strengthen our bonds of friendship, and check in with one another before and after the next planned get together. Steve Sanetti made a poignant comment about his connection with people he had served with in the military. He said while he was on active duty he felt a responsibility over the safety of his fellow men and women in uniform, and now as a civilian he still feels a responsibility to be connected, not just casually, but in a real way, and he truly cares about their lives. These bonds are echoed in the in the hearts of millions of people, but how do we see and say something? How do we see something if our friend is hiding his or her pain? What are we looking for? What do we say…and to whom do we say it?

Some of the informational tools that this new AFSP-NSSF Suicide Prevention Education Program offers are:

In addition to showing Love to our friends and family by staying connected in meaningful ways, and giving them the Time they need to regain their emotional footing, we may also find it necessary to temporarily store their firearms for them…(READ ENTIRE ARTICLE HERE)

Article originally published on 2.13.17 and has been reposted on Gun Freedom Radio Blog with permission.