Human Rights versus California Politicians- which right of self-defense do we have?, by Greg Hopkins & Rob Morse 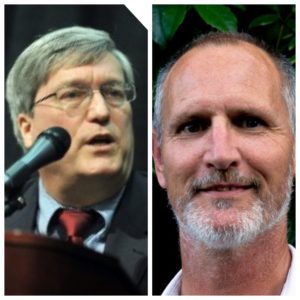 Human Rights versus California Politicians- which right of self-defense do we have? by Greg Hopkins and Rob Morse

Greg Hopkins is the author of A Time To Kill: The Myth of Christian Pacifism

In California, even local governments have the right to infringe on your right to self-defense.  You don’t have much of a right left if the state, county, and city can establish their own regulations.  It shouldn’t surprise you that California state politicians and the police are exempt from these same firearms regulations.

Before you think a law like that is absurd, remember that there is already legal precedent for exactly such a law.  The US Supreme Court recently ruled that citizens can be forced to buy health insurance. Therefore, citizens can also be forced to buy firearms, and be fined if they don’t. “It’s only a tax.” to quote Chief Justice Roberts.  You see, rules matter after all. (READ ENTIRE ARTICLE HERE)

Article originally published on 12.29.16, and has been reposted on Gun Freedom Radio Blog with permission.

To learn more about the authors of this article, Greg Hopkins & Rob Morse.

Share the post "Human Rights versus California Politicians- which right of self-defense do we have?, by Greg Hopkins & Rob Morse"