The Election is Decided…So Now What?, by Cheryl Todd

“The Election is Decided…So Now What?” – this is the extended transcript for the opener of the Gun Freedom Radio Show on November 12, 2016.

…well, ignoring the childish bad behavior, the college students who “can’t cope” and the ridiculous tantrums that are disguised as “protests” and played out as riots, we have much to celebrate!

We have elected someone who has promised to protect and preserve our Constitutional Rights, including our Second Amendment – and that is good for EVERYONE!

We have elected someone who has promised to appoint Supreme Court Justices who will not pander to a political party, but rather fairly and impartially interpret law – and that is good for EVERYONE!

How refreshing it will be, when all people, once again, will be treated as equal under the law.

But, none of this will happen unless we remain vigilant. We the People have an incredible responsibility that we must determine to never again abdicate and ignore.

In the Bible, in Luke 12:48, are these words: “To whomever much is given, of him will much be required; and to whom much was entrusted, of him more will be asked.” Basically, these next four years are ours to screw up. We, and our elected officials, have been given much and entrusted with much. And, as we voted to elect Donald J Trump and Mike Pence for the White House, we also, across the nation elected Representatives in both the Senate and the Congress who are from the party of Conservatives, as well as Governors, and many local offices. The Republican Party has never seen such a surge in votership and support since at least 1928 – and now that we hold so many offices at every level – we must minute by minute be worthy of this opportunity to SERVE. 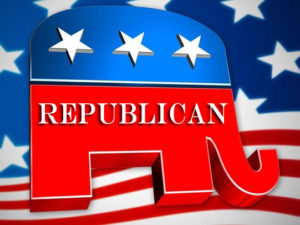 The Democrats are afraid, and acting out in fear, because we have just experienced eight years of being RULED…and have been pushed and shoved around by President Obama’s pen and phone…and naturally, they are afraid that we will react in-kind.

Fellow Republicans…we have an amazing opportunity to show our fellow citizens what is good and right about our Party. We have been mis-characterized by the Media, demonized by the Democratic Party, and embarrassed even by the actions of some within our own Party. But, now we can use those experiences to refocus to win over the hearts and minds of the American People and once again stand for Prosperity and  Values. Better yet, we can do this by lifting up without putting down and disparaging those who disagree with us.  We can stand as an example of “teaching men (and women) to fish”, rather than just handing out fish in ever-growing welfare roles. We can give our children and our grandchildren a positive example to follow and draw new life and energy into the Republican Party. This is the best chance we’ve had in many generations, God has blessed us with every tool we need to be successful, we can keep and welcome anyone who wants to be a part of this Revival and we can fire anyone who isn’t pulling their weight.

If you are excited about all of these things, but just don’t know where to start, here are a few easy tools that you can use.  And some simple steps to begin to teach yourself so that you can teach a friend, or a young person in your life.  It will feel odd and unnatural at first, but that’s ok.

#1) Find out “Who is my Congressman?”  Each state has at least one, depending on the size of the population.  Congressmen (and women) make up the House of Representatives.

#2) Find out “Who are my Senators?” Each voting district has two, no matter the size of the population.  Senators make up The Senate.  Here is a tool to show you both House and Senate at once.

#4) Write three letters.  One to your Congressman and one to each of your Senators.  (Hint: mailing addresses are found when you discover your Representatives above) Prefer email?  That’s great, because next to each address is also an email address…and even a phone number if you like to call personally.  Most often you will be leaving a voicemail, but those messages are just as important as letters!

Next you will be asking, “How do I write a letter?” Don’t get bogged down in fancy language.  Don’t worry about sounding uninformed.  If you know of a specific Bill or topic you want to write about to thank them for their work, or ask them to vote a certain way that is great.  If not, just write anyway.  It will be good practice.  Say something like this: 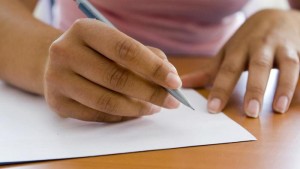 “Dear Congressman X, I am your constituent in City Town, AZ and I wanted to introduce myself.  I am on the PTA and a member of the local gardening club and wanted ask you what we, your constituents, can do to help you in performing your job of representing us.  If I can ever be of any help to you please let me know.  Sincerely, J. Doe “

Commit to writing one letter a month.  Write to your local elected officials also.  Seek to have a relationship with the people who have been entrusted to represent your voice in the mayor’s office, in the Governor’s office, as well as in the state House and Senate.

We can do this! Ready…Set…GO!