As we approach the final stretch, and realize that the long, muddy, difficult road to the result of the 2016 Presidential Election is finally bringing us to our destination, are you seeing “Red” or feeling “Blue”? 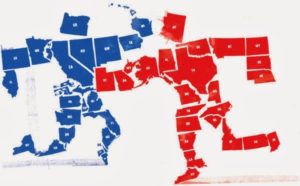 Politically speaking, the color red has become associated with the Republican Party, while the color blue denotes affiliation with the Democratic Party. Since our American Flag bears these colors it isn’t difficult for us to associate with either of those vibrant hues, which are rich with symbolic meaning.

On the American Flag, while not originally ascribed such symbolism, the colors have become known to represent the following:

With such empowering attributes assigned to each color is it easy to see how our two major political parties have easily adopted their color. And it is worth noting that neither party has been branded with the color of “purity and innocence”. But, how did this color scheming come into play?

Traditionally red has denoted anger, passion, and even Communism. Blue has been used to convey traditionalism, serenity, and even sadness. So, when a political party adopts any new symbol you can bet it is not been done lightly and without extensive research, polling samples, and marketing panels…right?

Wrong. At least, not in this case.

Color TV…that is the reason…and even though television stations have been broadcasting in color since the 1950s, it was a color-coded electoral map that appeared on NBC News in 1976, during the Ford vs. Carter presidential election night, that gave us our first glimpse into the power of this visual aid. And, even more surprising is that it was less than 20 years ago when the red / blue symbolism really took hold. 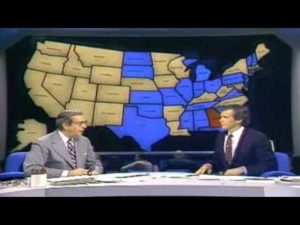 In an NBC News broadcast in 1976 the colors were opposite of what we currently recognize, and in subsequent years when other networks jumped on the idea of using color-coded maps there was no agreement among the networks as to which color denoted which Party. As viewers might flip from one channel to the next the maps on one station would show blue states for Republican and red states for Democrats. We can only imagine the confusion that ensued for voters attempting to follow along. And, nowadays, we would certainly hear cries and accusations of deceit and voter manipulation if networks were to choose their own preference for color-coding. 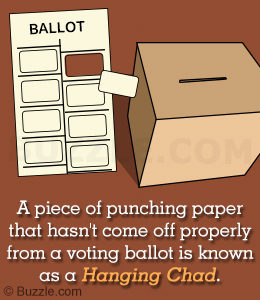 So, what happened in the year 2000 to bring agreement to which party would adopt which color?

A hotly contested and riveting Presidential Election between George W Bush and Al Gore had viewers glued to their TV screens and pundits were working overtime for over a month past November 8th to quickly convey which states had voted for which candidate. It became a much easier, short-hand way to communicate election results in terms of color rather than in terms of party affiliation or candidate’s name. And, according to an article on SmithsonianMag.com:

“…both the New York Times and USA Today published their first color-coded, county-by-county maps detailing the showdown between Al Gore and George W. Bush. Both papers used red for the Republican Bush, blue for the Democrat Gore.

“I just decided red begins with ‘r,’ Republican begins with ‘r.’ It was a more natural association,” said Archie Tse, senior graphics editor for the Times. “There wasn’t much discussion about it.”

Paul Overberg, a database editor who designed the map for USA Today, said he was following a trend: “The reason I did it was because everybody was already doing it that way at that point.”

And there you have it. No scientific or deeply philosophical reasoning. A simple decision made by a newspaper editor who was up against a deadline…and everyone across the nation and for over a decade has fallen in line, unquestioning, and with perfect obedience to “the norm”.

On the rollercoaster of any election season people in both parties likely feel a combination of both of these “red” and “blue” emotions, and everything in between. But, let’s not allow our emotions rule the day. Let’s keep our commonalities in the forefront of our minds and resist the temptation to segregate ourselves and others based on political affiliation and arbitrary colors that brand “us” and “them”.

The adage “This too shall pass” rings with truth for the ages. The emotion, the symbolism, and even what each political party stands for are fluid and ever-changing things. One of my favorite quotes contain words that have pressed me through many a temptation to make mountains out of molehills, and was something I saw etched into the side of an old red brick building on some charming old Main Street while traveling through Montana, or Idaho, or maybe it was Oregon. And while I do not know whom I am quoting, the words are these: 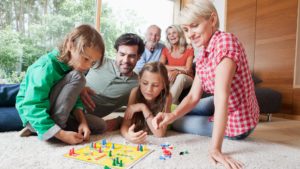 I know what those words mean to me and my life, and only you can decide what they mean for you and yours. And, this is not to say that elections are unimportant, but only to put a degree of perspective in place as we prepare for the next wave of whatever captures our attention and passions.

I believe we can all agree that when we put this election, and the results that await us, through that lens it will help us to realize that even if right now we are seeing “Red” or feeling “Blue”, that tomorrow is another day, and the sun will rise, and the breeze will blow, and our friends and family are eagerly awaiting us to finally turn our attention and energy back to them without beginning every conversation by asking “Who are you voting for?”.

Share the post "Seeing Red or Feeling Blue?: Don’t let your emotions get the best of you, by Cheryl Todd"