What Difference Can One Person Make?, by Cheryl Todd

What Difference Can One Person Make?

What can one person do?

How many times have we heard this phrase…asked in a tone of helplessness, victimhood, and resolve to do…nothing.

So, there is one answer…one person can do nothing.  Which, in turn, encourages others to do…nothing.  And pretty soon choosing to do nothing is in fact choosing to do something, which is to be apathetic and inconsequential…but, here’s the tricky part…by being inconsequential you are in fact affecting a consequence for all who are influenced by your lack of caring and lack of doing.  By sitting on the fence, you are in fact DOING something…which is sitting on the fence.

Take on the other hand, someone who chooses to do…something.  Suppose that something is to speak up about gun rights.  Suppose that person is you, and you finally decide to stop being silent about your reasons for being a gun owner – and not just a gun-owner, but a safe, responsible, and trained gun owner.  And by taking the risk to tell one other person that you support your Second Amendment Rights it frees them up to be able to speak freely as well.  Now we are two.  And when we two begin to tell our own stories – not political rhetoric – but our own personal stories, this in turn empowers the next person to speak up, to ask questions, to become active and to positively influence possibly two more people.  When I was young there was a commercial on television with a the tag line went something like this, “You’ll tell two people…and then they’ll tell two people, and then THEY’LL tell two people…” and it made such an impression on me that to this day I can hear the audio of multiplying voices in my mind.

Take another example of what one person did.  One person, who recently passed away, Supreme Court Justice Antonin Scalia made the difference in a 5-to-4 vote that decided that the Second Amendment was written to protect your right, and my right, and our children’s rights, and our grandchildren’s rights to own personal firearms.  In the 2008 Heller vs DC Supreme Court Case, Justice Scalia and four other people made that difference in our lives.  Suppose now that President Obama fills the Late Justice Scalia’s chair with one person who does NOT believe the Constitution was written to protect the individual citizen’s rights to self-protection and gun ownership.  And ask yourself again, “What can one person do?”. 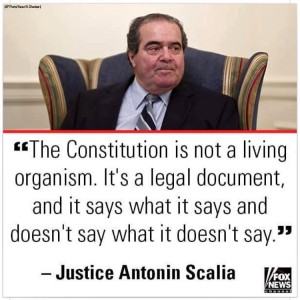 One person’s voice and decisions can affect the lives of millions of other people.  The President is one person, and his decision can determine who fills one of only nine chairs on the United States Supreme Court.  In turn, that one person’s decisions can determine how all of the laws of this country are interpreted and carried out.  Why not join the ranks of “one person who made a difference” and let your voice be heard?  Why not behave as though your one vote tilted the scales in favor of millions of people?  Because it just might.

And if you needed any more encouragement, take a moment and think of a time in your own life when one person made the difference in positively moving you in the direction of who you are today…and imagine if that person hadn’t shown up, or spoken up.  Now, know this with absolute certainty: YOU are THAT person for someone else RIGHT NOW, TODAY.  You have wisdom someone else needs to hear.  You possess an ability that someone else needs to see.  And you have a voice and a vote that someone is counting on you casting.  So…no more fence-sitting…no more doing-nothing…GO…DO…SOMETHING! 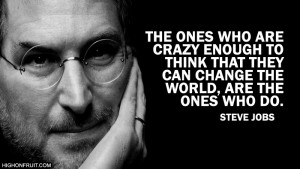 And who doesn’t like a soundtrack to their life – can’t you just see an 80’s style movie montage as you make each new move in life when you listen to: Diana Ross “What Can One Person Do?”

What can one person do 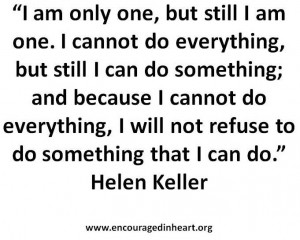 Everyone’s gotta move
What they can move
The faithful can sometimes move mountains
When your faith is right
You will never lose your heart, your hope
Or your good friends
Don’t be overcome by frustrations
Live up to your highest expectations